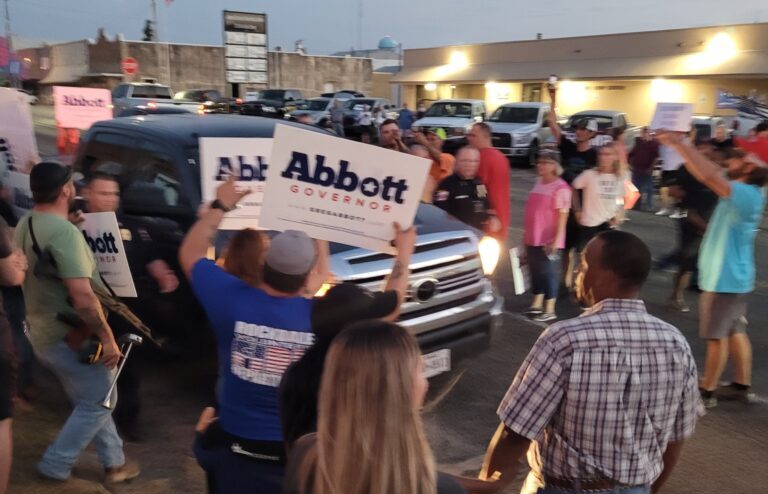 Last Friday evening, Texas Governor candidate and Democrat darling Beto O’Rourke met some of his supporters at the Kay Theater in Rockdale, Texas. The town hall meeting with his supporters went by okay, but what truly stuck out was what happened after the event.

Beto is currently in an initiative he calls “A Drive For Texas,” which involves him spending 49 days on the road to visit every part of the Lone Star state.

This means that Beto will inevitably end up in places where he is not particularly popular, as well as places where red-blooded Texas will not hesitate to tell him exactly how much he is not wanted.

Rockdale was certainly one of those places.

After his town hall meeting with his supporters, Beto hilariously ended up being chased away by supporters of current Texas Governor Greg Abbott. Some of the Abbott supporters were carrying signs, while others surrounded Beto’s truck.

A video of the event was shared online, and it is absolutely glorious. Viewers could clearly see Beto’s discomfort as he was chased out of town while a crowd of Abbott supporters made their sentiments known — and while a Kid Rock song played in the background.

Surrounded, Beto drove away, seemingly glad that he was finally out of reach of Greg Abbott’s supporters.

Well, look at that. Rockdale figured out how to get Beto to go away.