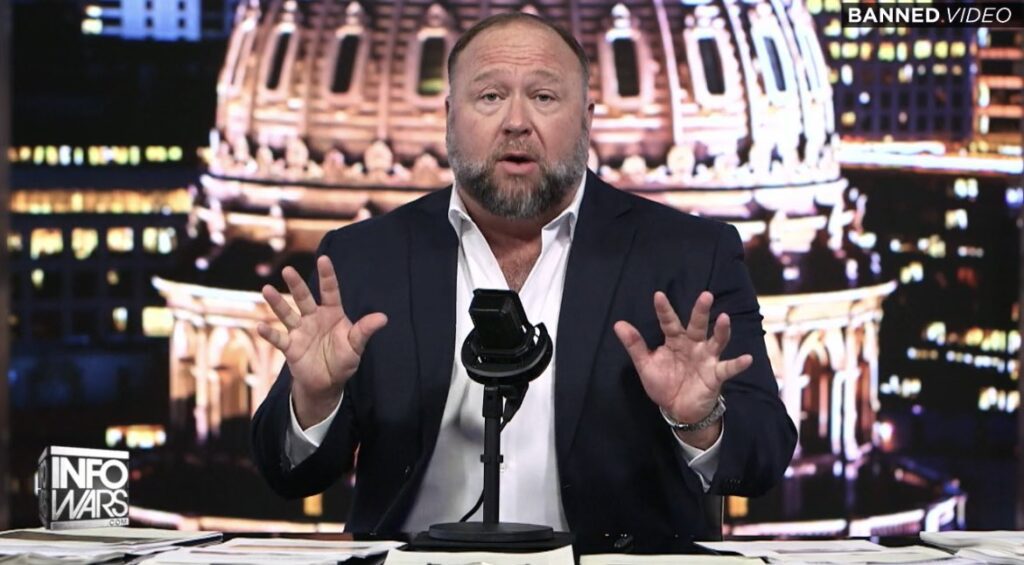 InfoWars host Alex Jones found himself in hot water on Wednesday, especially after Mark Bankston, a lawyer representing the parents of a six-year-old boy killed in Sandy Hook, revealed that Jones’ own lawyers mistakenly sent a complete copy of his phone contents over by mistake to the plaintiffs. It was, in many ways, a royal screwup.

Jones is currently on trial to determine the damages that he owes to the parents of the children murdered in the Sandy Hook shooting. Sandy Hook has been a controversial topic for Jones, who admitted in court that he believes the incident was definitely real — the mainstream media won’t let him take his words back.

“It was (irresponsible), especially since I met the parents. It’s 100% real, as I said on the radio yesterday, and I said here today. It’s 100% real and the media still ran with lies that I was saying it wasn’t real on air yesterday. It’s incredible. They won’t let me take it back, they just want to keep me in the position of being ‘The Sandy Hook Man,'” Jones said, according to The Associated Press.

The exchange about Jones’ phone contents happened in what is already shaping up to be a volatile trial. Jones has expressed his reservations about the trial’s judge and jury, and the judge, for her part, also exhibited evident aggravation towards the radio host. After showing Jones a copy of his text messages, the opposition asked the radio host if he knew where he got the information.

“Mr. Jones, did you know that twelve days ago, twelve days ago, your attorneys messed up and sent me an entire digital copy of your entire cell phone with every text message you sent for the past two years, and when informed, did not take any steps to identify it as privileged or protect it in any way, and as of two days ago, it fell free and clear into my possession, and that is how I know that you lied to me,” the plaintiff’s lawyer said, according to The Guardian.

Jones was the only person who testified in his own defense today. As for the plaintiffs’ efforts to seek at least $150 million from the InfoWars host, however, Jones stated that any compensation above $2 million “will sink us.” Closing arguments are expected to begin around Wednesday afternoon.