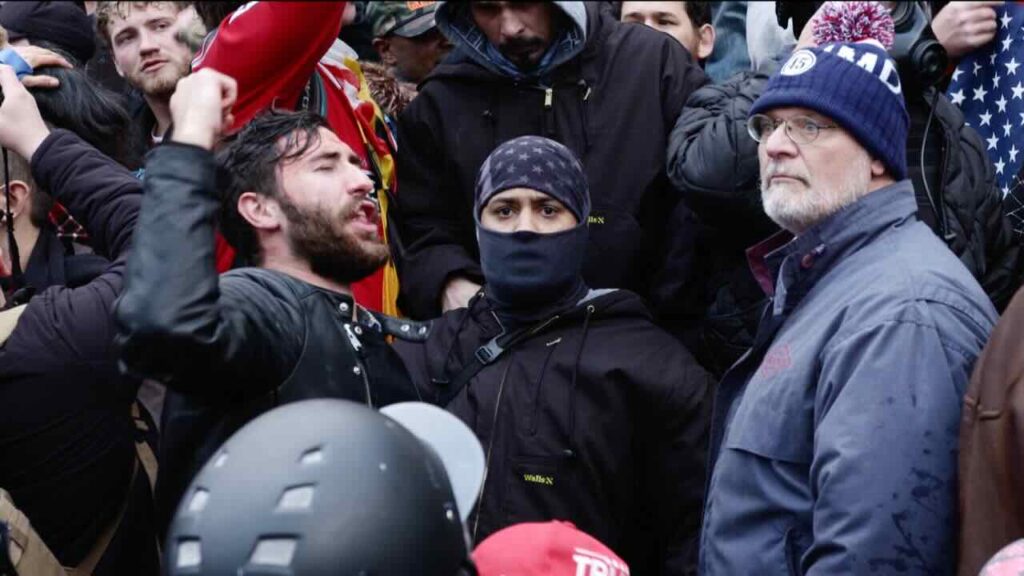 Things are definitely getting more and more interesting.

Just recently, The Gateway Pundit was able to acquire a “treasure trove” of documents and text messages thanks to a whistleblower. What’s pretty crazy is that some of them were marked with the words “Highly Sensitive.”

The documents contain hundreds of pages of audio interview transcripts and other pertinent information involving an Assisting United States Attorney, FBI Agents, and their “Confidential Human Source (CHS).” This CHS is quite remarkable because he infiltrated the Kansas City Proud Boys for over a year before the January 6th protests.

He was also in constant communication with the FBI during his time with the group. As such, if there was anyone who could provide accurate insight into the Proud Boys’ intentions during the January 6th protests, it would be the FBI’s actual Confidential Human Resource.

And as it turned out, the CHS told his handlers at the FBI that the Proud Boys, or at least the Kansas City Proud Boys group that he specifically infiltrated, “were not involved in, nor did they inspire the breaking of the barriers at the Capitol building. CHS described the scene as the crowd doing it as a ‘herd mentality,’ and that it was not organized.”

The CHS also stated that “there were no overt threats of violence made at the time.”

Despite this, however, every single Kansas City Proud Boy and other individuals that the CHS reported to his handlers — those that he specifically stated did not head into the Capitol to do harm — are indicted and facing decades in prison. This is pretty insane, as the very FBI informant that infiltrated the group literally said otherwise.

Confidential Human Source (CHS), a collaborative source with direct and indirect access, most of whose reporting has been corroborated , stated the following on 1/6/2021:

CHS stated the Proud Boys were not involved in, nor did they inspire the breaking of the barriers at the Capitol building. CHS describe the scene as the crowd doing it as a “herd mentality,” and that it was not organized. The crowd was shouting “stop the vote,” as they made their way to the Capitol building. There were no overt threats of violence made at that time.

CHS stated that the KC Proud Boys (KCPB) in attendance at the rally entered the Capitol building 30 minutes after the building was breached to help deescalate Trump supporters and law enforcement. Once KCPB entered the building, they told people to stop acting like anarchists and leave.

KCPB told the people to start bagging trash from where trash cans were thrown at law enforcement, along with a woman who was saying the same thing to protestors. KCPB told protestors to stop at the doors of the House of Representatives, and that their voice was heard and it was time to go. A law enforcement officer gave a thumbs up to KCPB, as they were trying to clear the area of people trying to fight law enforcement.

No one from KCPB were involved with the battery of a law enforcement officer, nor did anyone damage property in the capital building. KCPB then went back to a rental house and adhered to the curfew in place. CHS stated law enforcement seemed grateful as KCPB ushered individuals out of the building.

One member of KCPB told an older “hefty” white law enforcement that the “Proud Boys deescalated downstairs, they are clearing out.”

The Gateway Pundit was generous enough to share the audio transcripts of the CHS’ interviews with the FBI. They can be accessed here, here, here, and here.

And the CHS’ Reporting Document can be viewed below.