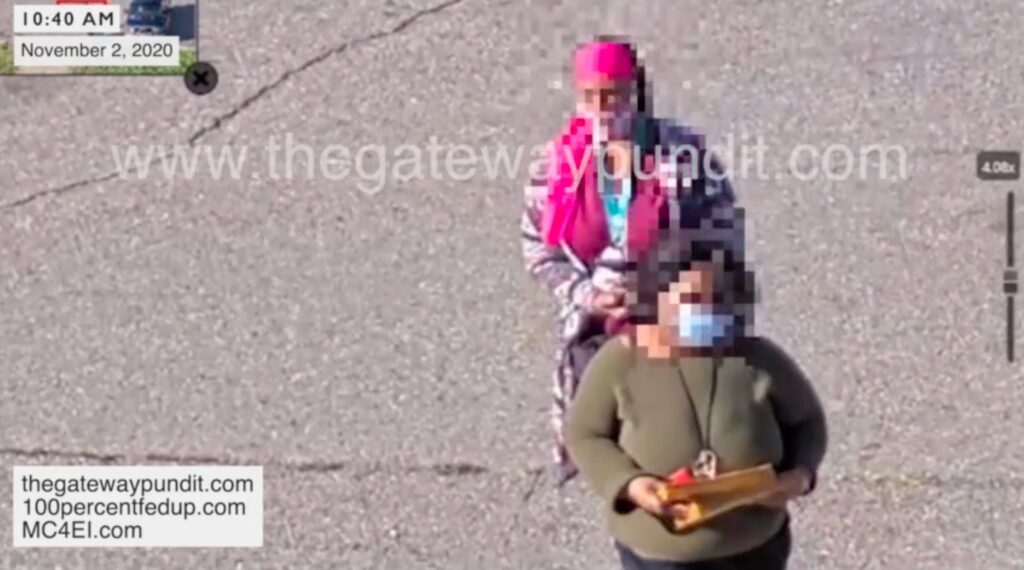 In their ongoing efforts to reveal the truth about “the most secure election in history” in 2020, The Gateway Pundit and 100 Percent Fed Up have released another explosive video from a Wayne County, MI drop box.

The discovery was made by a group of fearless individuals in Michigan, the MC4EL. They watched hundreds of hours of footage obtained by The Gateway Pundit through an FOIA request.

The video showed two women walking through a parking lot at 10:40 AM on November 2, 2020, at the Heilmann Recreation Center satellite voting center in Detroit, The Gateway Pundit reported.

The woman in a green sweater was carrying a large stack of what looked like absentee ballots. She was walking towards a drop box. The other woman walking along with her was wearing medical scrubs.

After dropping the stack of absentee ballots, they seemed to walk into the Heilmann satellite voting center, where voter registration and in-person early voting were taking place.

Most people who had seen the video wondered why the women stopped depositing the absentee ballot envelopes at the drop box when they appeared to be going to the voting center? Why didn’t they just take the ballots inside with them?

The following clip showed the two women leaving the satellite voting center with a large stack of white papers that looked like blank ballots. It was carried by the woman in a green sweater as they returned to their vehicle in the parking lot.

Watching the video, it is as clear as day that something fishy happened during the 2020 election.